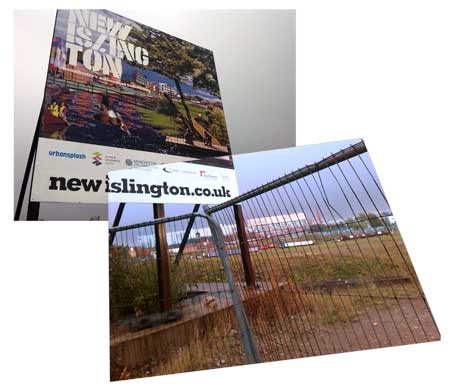 Earlier this month I took an excursion into Manchester to mark the beginning of a new project: A Northwest Passage: Towards A Mancunian Psychogeography, to be published with Manchester University Press. My PhD focussed on the writing of Iain Sinclair, perhaps the figure who has done more to popularise the notion of psychogeography (that is, to cite a well-worn definition, ‘the study of the precise laws and specific effects of the geographical environment, whether consciously organized or not, on the emotions and behavior of individuals’) in the UK than any other. Throughout this research it became more and more clear to me that Sinclair’s version of psychogeography was very different to that developed by its first practitioners – the French revolutionary avant-garde the Situationist International. Whilst I still think that Sinclair’s body of work – and in particular his early poetry and novels – is superb, I also believe that the London focus of his writing and its often gothic character weighs very heavily on the British interpretation of psychogeography.

My intention in A Northwest Passage is to redress this balance somewhat: I want to remind British psychogeography of the idea’s revolutionary and utopian underpinnings: to ask what is Marxist about psychogeography (and indeed, what is psychogeographic about Marxism). As the birthplace of industrial capitalism, the streets of 19th Century Manchester (both buried and extant) are the first examples of a spatial order which is now global in scope. More recently, the city has seen successive waves of (more or less utopian) spatial engineering, from the slum clearances of the 1950s and 60s, the construction (and eventual demolition) of social housing such as the Hulme crescents, through to more recent successive experiments in gentrification in Castlefield, Ancoats, Salford Media City (if the reader will permit my inclusion of Salford as part of Greater Manchester) and along Oxford Road. There is therefore no better place to rediscover (or invent) the materialist first principles of psychogeography; moreover, where else could one hope to find the ‘Northwest Passage’ to another way of life that the Situationists were searching for? 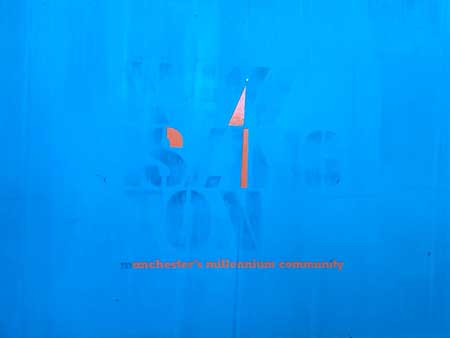 Psychogeographic praxis seems to alter depending on circumstances: Paris, as a city of successive revolutions, produced in the 1960s a revolutionary psychogeography; London in the 1990s, under the aegis of Iain Sinclair, produced a somewhat more literary (and more Gothic) variant. Manchester, one might suppose, will offer different possibilities. A Northwest Passage intends to explore these possiblities, and the thread that will reconnect its speculative Mancunian psychogeography to its Parisian origins is the attempt to rediscover the practice’s utopianism, a strand within Situationist thought most clearly evident in the work of the architect Constant Nieuwenhuys. Fredric Jameson, in Valences of the Dialectic, makes a somewhat unlikely attempt to imagine Wal-Mart as a form of utopian space, urging us to attempt to discern

the shape of a Utopian future looming through the mist, which we must seize as an opportunity to exercise the Utopian imagination more fully, rather than an occasion for moralizing judgments or regressive nostalgia. (Fredric Jameson, Valences of the Dialectic, p. 423.)

In this vein, the inaugural excursion utilising the classic method of navigating one city using the map of another (what might be termed the ‘I’m sorry I haven’t a clue’ dérive) proved ambivalently successful. Accompanied by some brave (but foolhardy) companions (they know who they are) and with a London A-Z as our guide, we headed out from the Hacienda apartments in search of London’s Smithfield Market, site of a cattle market since medieval times, then headed northwards up St John Street to sample the pleasures of Islington. This took us to Whitworth Park (via Hulme), and then to the serendipitously named ‘New Islington’. Whilst some of these sights were disappointingly familiar – my companions and I are certainly well enough acquainted with south Manchester – we did find some of the utopian flashes that I’d hoped to discover. I would submit that New Islington, in particular, seemed especially promising in this regard. 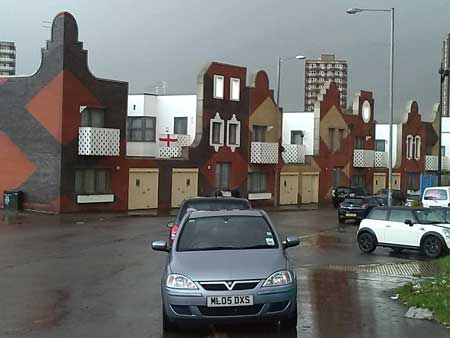 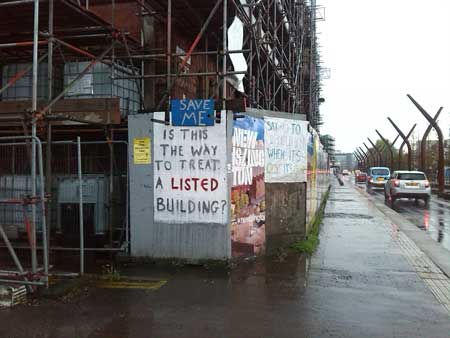