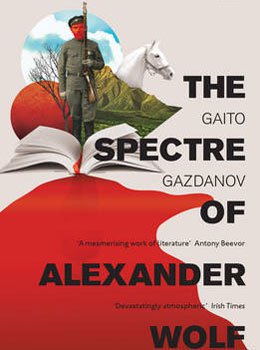 A man is haunted by a memory from his youth: fighting for the White Army during the Russian revolution, he shoots a man in self defence and leaves him to die in the forest. Years later as an émigré in Paris, he finds in a volume of short stories a description of the incident, though told from the perspective of the man whom he thinks he has killed. How can this story exist? And who is it who has written it?

So begins this slim but wonderfully realised novel. Gazdanov’s narrator is a freelance hack whose Paris is experienced principally in darkness, populated by exiles and criminals; as he searches for the face from his memory, the city itself seems to shift under his gaze. Though the novel’s plot borrows heavily from detective fiction, the philosophical ruminations of its unnamed protagonist and the themes of identity and loss that it explores brings it closer to European modernist writing. Most of all, however, it is the novel’s images that are its most luminous aspect: a riderless white horse in the summer heat of the Russian steppes; a fighter suffering in an ill-matched and brutal boxing match; a couple sleeping in a broken-down car on the edge of Paris in thunderstorm. Puzzling, enigmatic and beautifully translated by Bryan Karetnyk, The Spectre of Alexander Wolf is an elegant and finely poised thriller.